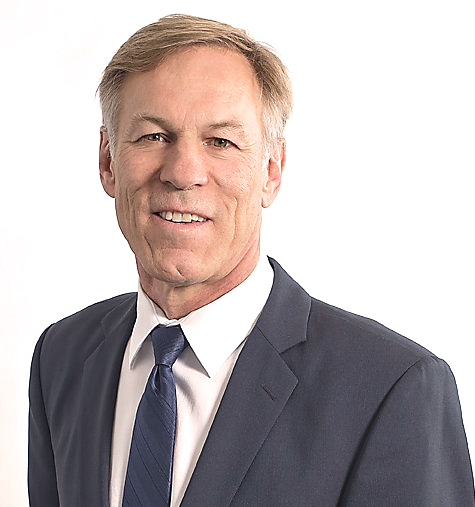 Ken was born and raised in Regina.  His parents built their family home in south Regina 60 years ago.  Ken graduated from Campion High School and later, the University of Regina.  He obtained his law degree at the University of Saskatchewan and has been practicing Law in Regina since 1980.  Ken has been married for over 30 years.  He and his wife, Kirsten, have raised 3 sons in Regina.

Sport has been an important part of Ken’s life.  He enjoyed athletics, as well as football, hockey and rugby during his youth.  Throughout university and during his law career Ken played rugby for the Campion Grads, as well as for Saskatchewan and Canada on representative teams against Germany, Wales, Scotland and the United Kingdom’s Barbarians.  Ken continues to coach senior men’s rugby in Regina.  Ken currently enjoys playing hockey and is an avid fan of the Regina Pats.

Ken has been involved in various capacities as a volunteer.  He chaired the Cancer Society’s “Jail and Bail” and the Arthritis Society’s “Jingle Bell Run”.  He volunteered for the Canadian Hockey League’s 2001 Memorial Cup, as well as chaired the facilities for rugby at the 2005 Canada Summer Games in Regina.  Ken recently stepped down from the YMCA board of directors after 4 years of service.  Currently he supports and provides free legal education to parents and guardians of disabled children.